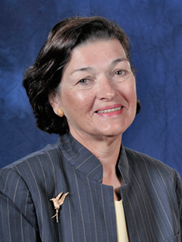 Grace D. Moran joined the firm in April 2002.  Prior to joining the firm, Ms. Moran had a distinguished 22-year career in public service with the New York Appellate Division Grievance Committee for the 10th Judicial District, where she retired as the Committee’s first woman Chief Counsel.  She concentrates in the areas of professional discipline and commercial litigation.   Ms. Moran has also been qualified and testified as an expert witness in legal ethics and professional discipline on numerous occasions.

Fill out my online form